Reading Notes, The Quarrel of the Quails

Bibliography:  Ellen C. Babbitt , The Quarrel of the Quails -Lots of Quails lived together in a forest and the most influential and wisest was the leader. -A man would catch quails and sell them near a forest. He would use the note the quails thought was their leader.  -The fowler would throw a net over them and he went into town where he would sell all of them he caught. - The next time the fowler throws a net over you, each of you must put your head through one of the little holes in the net. Then all of you together must fly away to the nearest thorn-bush. You can leave the net on the thorn-bush and be free yourselves." -The next day, the Quails did this plan from the leader. This happened multiple days in a row and his wife was very upset with him because he wasn't bringing home any money.  -The fowler thought that as soon as the quails begin to quarrel, he would be able to catch them all. -  When the fowler came that day he flung his net over them, and this time instead
Post a Comment
Read more

Extra Credit Reading Notes, The Lion and The Boar 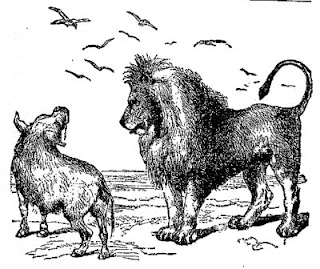 Bibliography: W. Robinson , The Lion and The Boar -This lion lived in the mountains and used to drink water out of this lake. One day, he saw a boar feeding over on the opposite side. He had just eaten a leg of an elephant and wasn't hungry. But he thought to himself that the boar would be a nice meal one day.  -He crawled quietly away through the bushes, hoping he wouldn't see him.  -The boar had sharp ever and did see him. The boar thought the lion was afraid.  If he wants to go, he must fight me first!” He puffed his chest out very big, and rubbed his tusks against a tree, then he called out:  Stay, stay, runaway!  Let us have a fight to-day!  You have four feet, so have I!  If you fail, you can but try! -The lion was so shook, he couldn't believe the boar wanted to fight. The lion talked so much trash to the boar and he was so scared. His friends barely knew him when he got home. All bristles on his back standing up, greedy eyes were gleaming, ran into the house kno
Post a Comment
Read more

Reading Notes, Why The Owl Is Not The King Of The Birds Bibliography:  Ellen C. Babbitt ,  Why The Owl Is Not The King Of The Birds -The people who lived together when the world was young took a certain man for their king. The four footed animals also took one of their number for their king. -Fish in the ocean chose a king to rule. The birds never had a king so they all decided to try to make the Owl the birds king. -The crane didn't want the owl to be king.  See how sour he looks right now. If that's the cross look he wears when he is happy, how will he look when he is angry? I, for one, want no such sour-looking king!" -The crow flew up crying, the owl followed him. From then, they were enemies. The birds then decided to make a turtle dove their king. Turtle dove, king of birds
Post a Comment
Read more 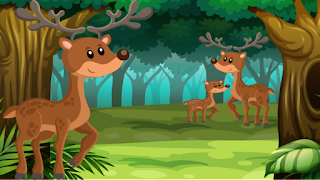 Bibliography:  Ellen C. Babbitt , The Banyan Deer -There was a deer the color gold. His eyes were round jewels, horns white as silver, mouth red like a flower, and his hoofs bright and hard. Had a large body and a fine tail.  -He lived in a forest and was king of a herd of five hundred deer called Banyans. Near by, there was another herd called the monkey deer, who had a king as well.  -The king was fond of hunting the deer and eating deer meat. He never wanted to go alone so he would invite people of the town to go with him.  -No one did their work, so they decided to make a park and drive the deer into it. Then the king could go into the park and hunt and they could go on with their daily work. -The made a park with grass and provided water for the Deer. Built a fence for them as well.  - The king went at once to look at the Deer. First he saw there the two Deer kings, and granted them their lives. -Some days the king would go to hunt the Deer, sometimes his cook would go. As soon
Post a Comment
Read more

Extra Credit Reading Notes, The Crab and The Crane 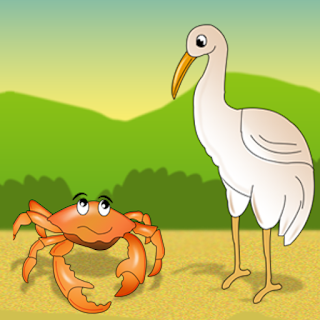 Bibliography: Ellen C. Babbitt , The Crab And The Crane -There was rain one summer and all the animals wanted water, but fishes suffered most of all.  -In a pond, there were fishes with very low water. A crane sat on the bank watching them. -The boys ran to the fishes and also there was a Turtle in it. -A little fish asked the crane what he was doing and he told him that he was wanting to help the fishes that had barely any water. The first crane to ever offer to help, -The crane offered to carry the fishes back to another pond where there is plenty of water and food. - A big Fish heard the Crane and said, "I will go with you to see the pond—I may as well be eaten by the Crane as to die here." So the Crane put the big Fish on his back and started for the deep woods. - The crane went back and grabbed a fishy. He took him into the woods and put him down and ate him.  -He did this to every fish and made it to where there was no more. The next day, he came back to look if th
Post a Comment
Read more 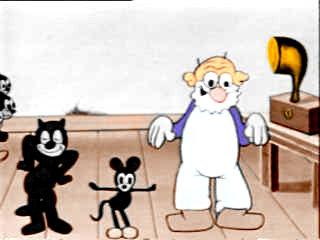 Bibliography:  W. H. D. Rouse ,  The Mouse and The Farmer One day, there was a farmer who was just hanging out around his ranch when a mouse came crawling up to him. This little mousie buried a hole in the ground where he stays and sleeps. "Hey farmer, my name is mousie. I see you around all the time and want to be friends with you in exchange for whatever you want." "Hi mousie, nice to meet you. Come back another day and we can talk more, but I'll make sure not to hurt you." Little did the farmer know that he was about to get the best gifts from the mouse ever. The farmer had a cat named cattie but the cat didn't know because he was so small. A couple days went by and finally the mouse came back with gold from the ground. The farmer was so appreciative of this and decided to find a way to show his appreciation.  "Thank you so much mousie, this is very nice of you. I have decided to give you pieces of meat for you to eat to show my appreciativeness,&q
3 comments
Read more 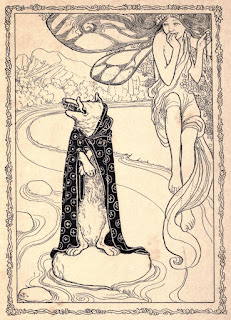 Bibliography:  W. Robinson , The Pious Wolf -There was a Wolf sleeping on top of a large rock when a flood hit. The Wolf woke up and found himself with no way of getting off and nothing to eat. -The Wolf thought to himself what he could do so he crossed his paws and pretended to pray. Thought to himself good and pious to be fasting. -A fairy so this so she switched into a little kid and jumped down onto the rock. The wolf saw this and forgot his prayers immediately . He snapped at the kid and the kid jumped away.  -After the wolf tried to catch the kid, the wolf laid down again and said it was Friday and he had best keep his fast today. - “You humbug!” said the fairy, who had gone back to her proper shape; “you are a nice creature to pretend that you are keeping fast! You fast because you can’t help it, not because you are really good. As a punishment, you shall stay on this rock till next Friday, and fast for a week!”  So saying, she opened her wings and flew far away (Robinson).
Post a Comment
Read more
More posts